The information that I could glean is that there was some kind of donation going to Wat Arun (the large temple which is further down the river).  The prince was on the giant golden dragon mothership being fanned by someone else.  That’s it. 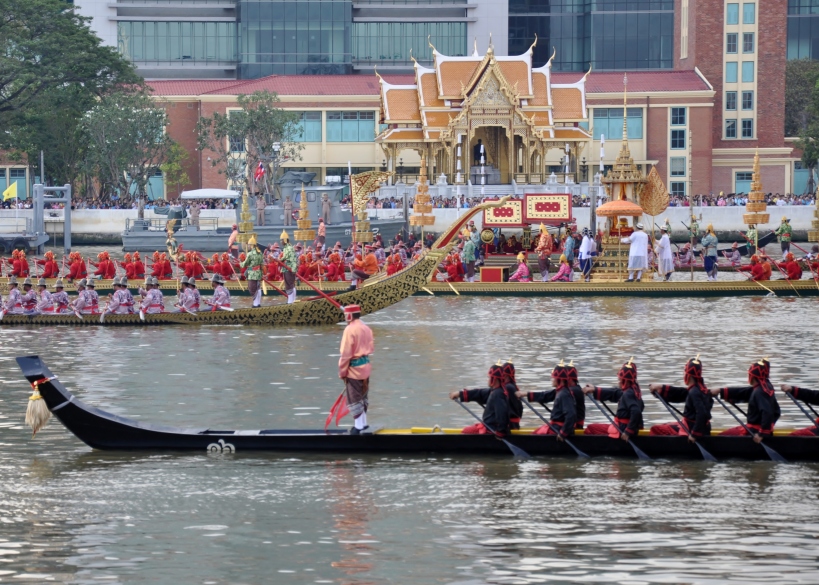 All hands on deck

The thing that was really cool is that they were somehow all in sync.  All the boats rowed at the same time.  And if they were floating faster than the boat abeam of them, they fake rowed.  They knew when to do everything without any kind of coxswain, even the lazy fake rowers.

Also, the show would have truly been complete if these guys had turned their motor on, because I bet all my Baht that this zodiac would have flipped over backwards and I think all those medals would have sank this guy right to the bottom. 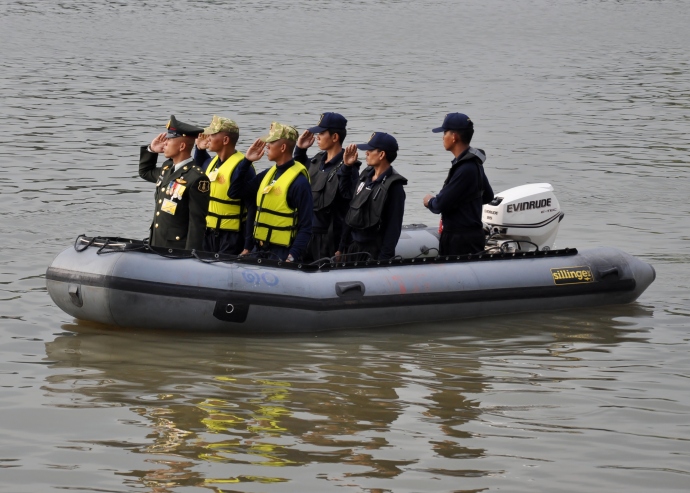 They’d fit right in at the Playpen.

One thought on “The Chao Phraya Armada”